This is a KML network link that can display map tiles from Bing Maps as overlays in Google Earth.

To get started, have a look at the

FAQ to see how it works. Then either

Currently (version 10), there are 4 overlays related to Bing Maps: 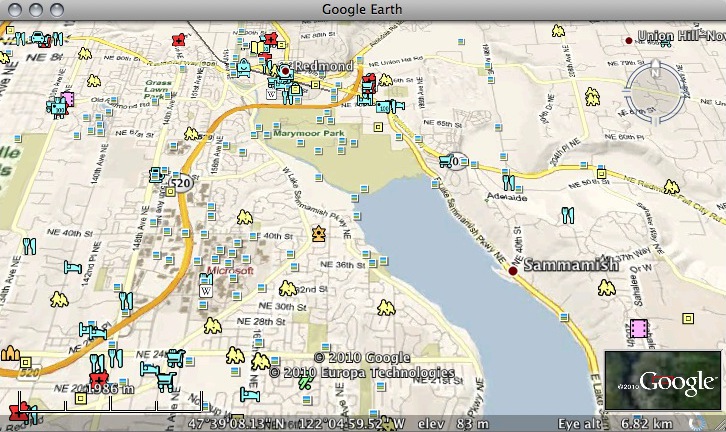 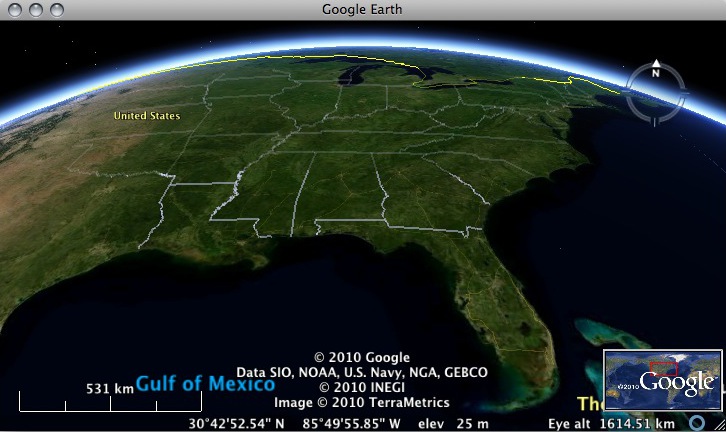 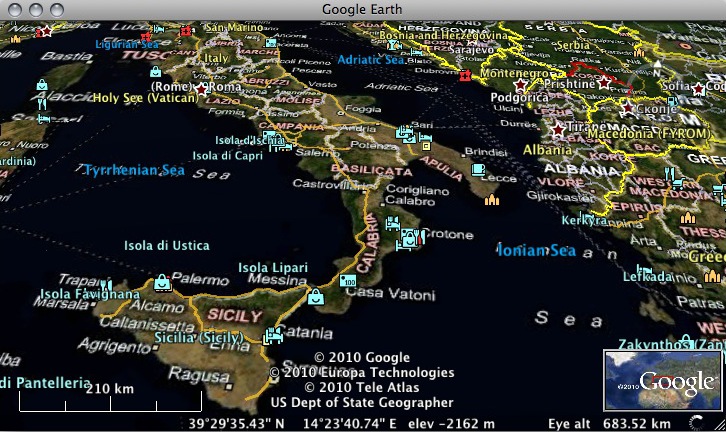 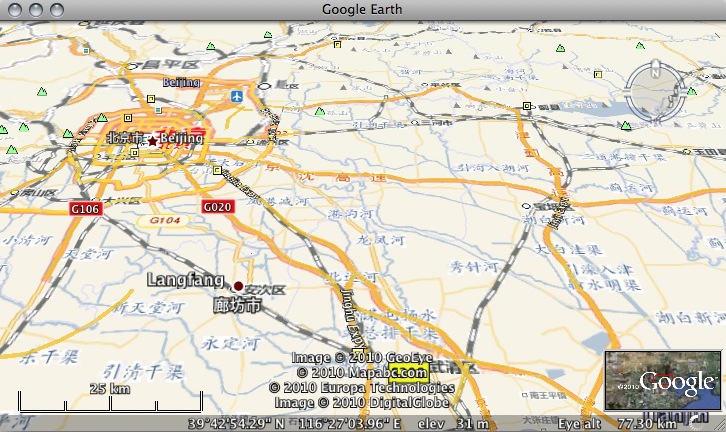 Wow, stunning. As for the Italian rural areas, Google maps are crap. Instead, Microsoft has excellent coverings, or anyway always better than Google has. And now that they can be viewed and used within Earth, benefiting all the features of Earth, it is practically a dream. A thousand times thank you, very useful post.

Question: When I bring the Bing overlay into Google Earth, it seems to override some of my other items. Is there a way to tell Earth what order you want various layers to sit in?

For example, I scanned a property survey, and made it a transparent PNG so I could walk the boundaries virtually. This plays well with the standard layers. But when I turn on the Bing imagery, it blankets everything else except lines/shapes drawn in Earth itself.

This probably is more of an Earth 101 question, rather than having to do with your overlays per se. But thanks for any guidance you can provide.

please have a look at http://ge-map-overlays.apps...

Thank you. I copied the KML code for my transparent PNG (which was being occluded by the Bing overlay), added the <draworder>99</draworder> tags in a text editor, and then re-imported the KML into Google Earth. (Im guessing Google Pro lets you edit the code directly, but I havent sprung for that.) Again, my thanks.

Hi, what is the age of the Bing and Nokia aerial imagery dataset (kmz)? I mean, are the images in the KMZ current with the images on Bing/Nokia itself?

I think that depends on the are area and resolution. You can see it on the lower right of http://www.bing.com/maps/

how can in plat kml file on offline bing maps